What happens when you finish an apprenticeship to find not only are there no jobs available, but also that more experienced people in the industry are getting laid off from their jobs? This was exactly the dilemma Ruairi O’Neill faced. What did he do? He became a systems engineer instead.

Ruairi’s story will be familiar to anyone who experienced the property market collapse in Ireland just over 10 years ago. People in the various trades, including electricians, went from being able to pick which jobs they wanted to work on to there not being any jobs at all. This happened almost overnight.

Ruairi tackled this challenging situation head-on, however, viewing it as an opportunity. 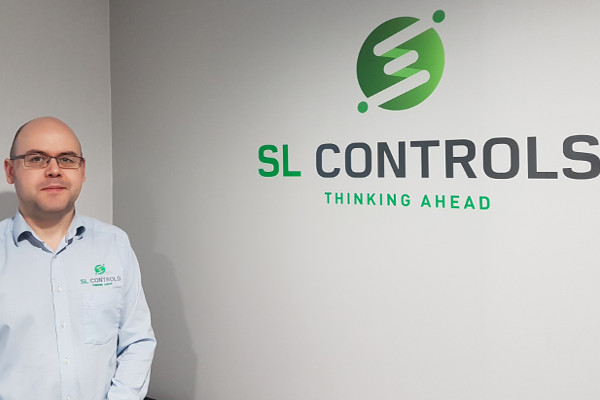 With Ruairi’s story, though, let’s go back to the start. Long before the crucial decision in 2006 to return to college to study engineering, Ruairi had an interest in programming. This started in his teens when he would do it “just for fun” and continued in university where Ruairi undertook a degree in Business Administration and Computer Science. That interest in programming has remained with him throughout his life.

After working in several industries, Ruairi travelled to England to work with his brother. His brother was a foreman for an electrical company that carried out works on a number of water treatment plants. With this company, Ruairi got a job in a cable gang on a water treatment plant in the Lake District.  After the electrical install was complete, Ruairi had a role supervising the water treatment plant on shift work.  Part of this role involved learning how to use the SCADA system, giving Ruairi his first taste of computerised control within an industrial environment.

Then he met his future wife and the couple decided to go travelling before finally settling down. When they arrived back in Ireland they moved to Limerick and Ruairi finished an apprenticeship as an electrician.

A Change of Direction

In fact, Ruairi probably couldn’t have picked a worse time in recent memory to become a qualified electrician. There simply wasn’t any work, building sites were halting mid-project, housing developments were being left unfinished, and there wasn’t any money in the system to fund anything new.

Ruairi required a change of approach, so he looked into doing an automation course. He had the electrical background, he was a qualified electrician, and he had an interest and passion for programming. Plus, there was plenty of work available for automation engineers.

This route was different to many of Ruairi’s contemporaries who chose to study renewables instead. They did this on a widespread prediction there would be a boom in the industry, but the boom didn’t materialise. Automation was the right route to follow.

So, Ruairi got on a course at Limerick Institute of Technology (LIT) and, as he was a qualified electrician, he went straight into the 2nd year. He got a level 7 degree and then followed this up with a level 8 in electronic systems.

Straight out of college he got a job with SL Controls and has been with the company ever since. He worked in the Sligo and Galway offices for a while before taking up a role in the Limerick office.

Starting off as a systems engineer, Ruairi is now a project manager and is the key account holder for one of SL Controls’ major clients. There are between 10 and 15 people on his team, depending on the projects he is working on.

Ruairi was also one of the first engineers at SL Controls who had a background as an electrician. Now there are several.

“I think having that hands-on background as an electrician has helped me,” said Ruairi. “Electricians are used to getting stuck in and getting the job done and I think that is beneficial in my current role.

“Things have changed with the economy, though, so there are now jobs for electricians. I’m not sure there will be too many more people like me – who start as electricians and then go back to qualify as an engineer. Myself and colleagues like me could be a dying breed!”

Ruairi says he is happy with the path his career has taken.

“It was a circuitous route to becoming a systems engineer and now a project manager, but I think I was always destined to do this sort of job. I was interested in programming from a young age plus I have developed a serious interest in the technical, management, and engineering side of the business.

“The work is interesting too, plus there are exciting developments in the sector such as Industry 4.0. Of course, being a project manager now means I am much more involved in the commercial aspect of the business, but I still need to know the technical side.

“I’ve taken it to another level and have ended up doing what I set out to do.

“Plus, I’m not outside on cold and wet winter mornings working as an electrician on building sites! The importance of that cannot be overstated.”