Talk to any business leader in the field of engineering and they will tell you we need more people to enter the profession, particularly from under-represented groups like women. So, when the opportunity came up to participate in a STEAM initiative, we were excited to get involved.

STEAM stands for Science, Technology, Engineering, Arts, and Maths. It is an organisation that works to inspire children about these subjects through a range of different initiatives. One of those initiatives is for companies like SL Controls to engage in a 10-week co-teaching programme with a class of local school children. Given the work we do, our specialist subject would be engineering.

We put the message out to our engineers and received a number of enthusiastic responses, including from SL Controls Validation Engineer Fiona Chung and Systems Engineer Philip Nicholson.

“Teaching is something I have done before,” said Philip, “so I am familiar with what is involved. The STEAM programme looked like a fantastic opportunity to bring the principles of engineering to a group of young people in a way that is fun and engaging.”

Fiona said: “I was really keen to get involved, too, as I think all children should get the opportunity to learn about engineering to see if it is something they want to pursue further as they continue their education.”

SL Controls was paired with a 5th class in Strandhill Primary School. Fiona and Philip will be co-teaching for one hour a week alongside Strandhill National School teacher Stephanie Collins. The first lesson took place on Friday 25 March. 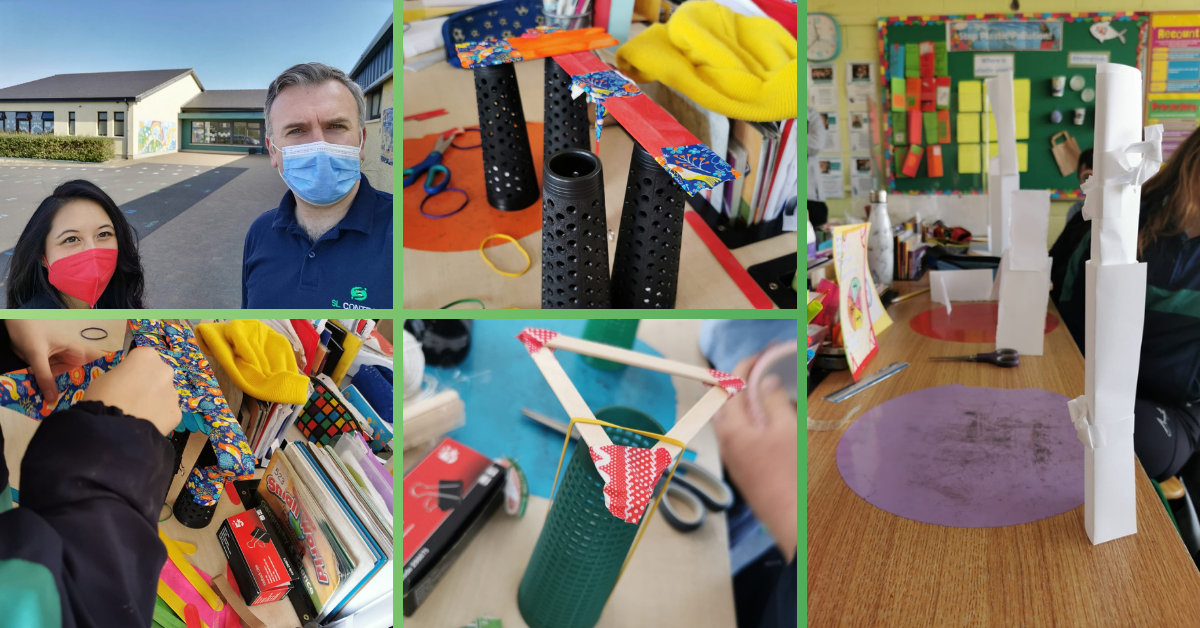 Reflecting on the first lesson, Fiona said: “I was buzzing from all their energy, and they were great kids. They loved the activities, and they were really enthusiastic. It was fantastic that they all got involved.

“So, they had good knowledge, and they thrived on the activities to the point where they were challenging themselves beyond the initial task. The main task was to build a bridge using various different materials and the aim was to make the bridge support a water bottle.

But some of the kids started challenging themselves to make their bridge support more than one water bottle.

“All the kids got a lot from the feedback we gave them, and they really wanted to learn and do more.”

Each week in the 10-week programme covers a different engineering topic. Examples include engineering and energy, biomedical engineering, and electronic engineering. At the end of the 10-weeks, the pupils will present a project based on what they have learned.

The topic for the first week was an introduction to engineering with the theme of infrastructure. The pupils had two tasks during the session: 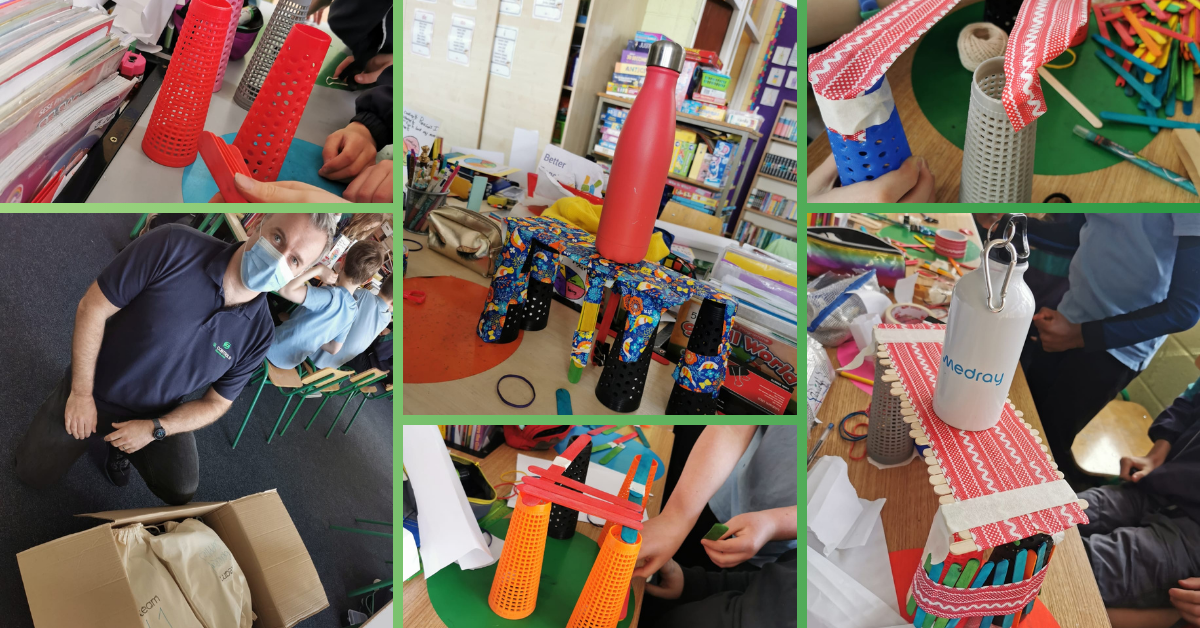 “STEAM had sent a big box to the school,” said Philip. “There are 10 bags in the box, one for each of the 10 lessons. When we opened the bag, all the bits and pieces were inside for the kids to do their main task of the lesson – building a bridge. To be honest, I think I was more excited than the kids opening the box!

“We said before the lesson that we thought the hour would be up before we even knew it, and that’s exactly what happened. It was full-on for the full 60 minutes, and the kids were great.

“For the kids, they were really eager just to start building. It was almost like the more talking we were doing, the more we were holding them back from getting stuck in and getting their hands on. For us, that was great, as that is what engineering is about.

“Once we put the items in front of them, they took off. For the first task, we gave each of the children a sheet of paper to build the tallest tower they could. They were enthusiastic even for something as simple as that.”

Shauna Ryan, SL Controls HR Manager, organised the initiative with STEAM. Shauna said: “We are delighted to be participating in this programme as we have seen how successful it can be. We are also really happy to be working with Strandhill National School and to be given a chance to influence these bright young students to consider pursuing study and a career in engineering.

“Our CEO is part of the parent’s association at the school, and he says the feedback on the initiative has been really positive, and that’s great to hear as well.

“It’s a privilege for us to give back to the community like this and to create awareness of what engineers do and how it is a great career path to choose. Promoting education is also one of our sustainable development goals as a company.